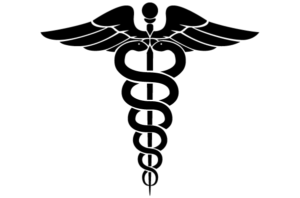 Diane is a Ministerial Consultant with a certificate in Nutrition and a Masters in Esoteric Psychology. She is a passionate public advocate for Complementary and Alternative Medicine having testified before Congress on those issues. She received the 2002 Founders Award from Washington D.C.’s National Foundation for Alternative Medicine (N.F.A.M.) founded by former Congressman Berkley Bedell, and was later privileged to serve on their Advisory Board.

Diane’s involvement in holistic medicine and metaphysics began after the fatal accident of her firstborn daughter at age two. That was immediately followed by a tubular pregnancy, and diagnosis by five medical experts that she would never have another child! With determination, she embarked on a search for a miracle, and gave birth to her a beautiful daughter, Laura Dern, with her former husband, actor, Bruce Dern. Laura experienced her own miracle when at age fourteen, diagnosed with scoliosis, the prescribed brace from hip to spine was prevented by the diligent use of holistic medicine.

In her lecture, “Balance – Mental, Physical, and Spiritual from an Actress’ Point of View” – Diane speaks on the “Tripod of Life” and the immediate pragmatic application of holistic and metaphysical answers for the health, joy, and fulfillment of one’s destiny. She stresses the sacredness of the human being formed in God’s image and repudiates the cynicism that “Life is cheap.” She also believes that the children of our world are our treasures and must be allowed to stand on our shoulders in the hope that they will, perhaps someday, see further than we have. Then, perhaps humanity might really become humane.